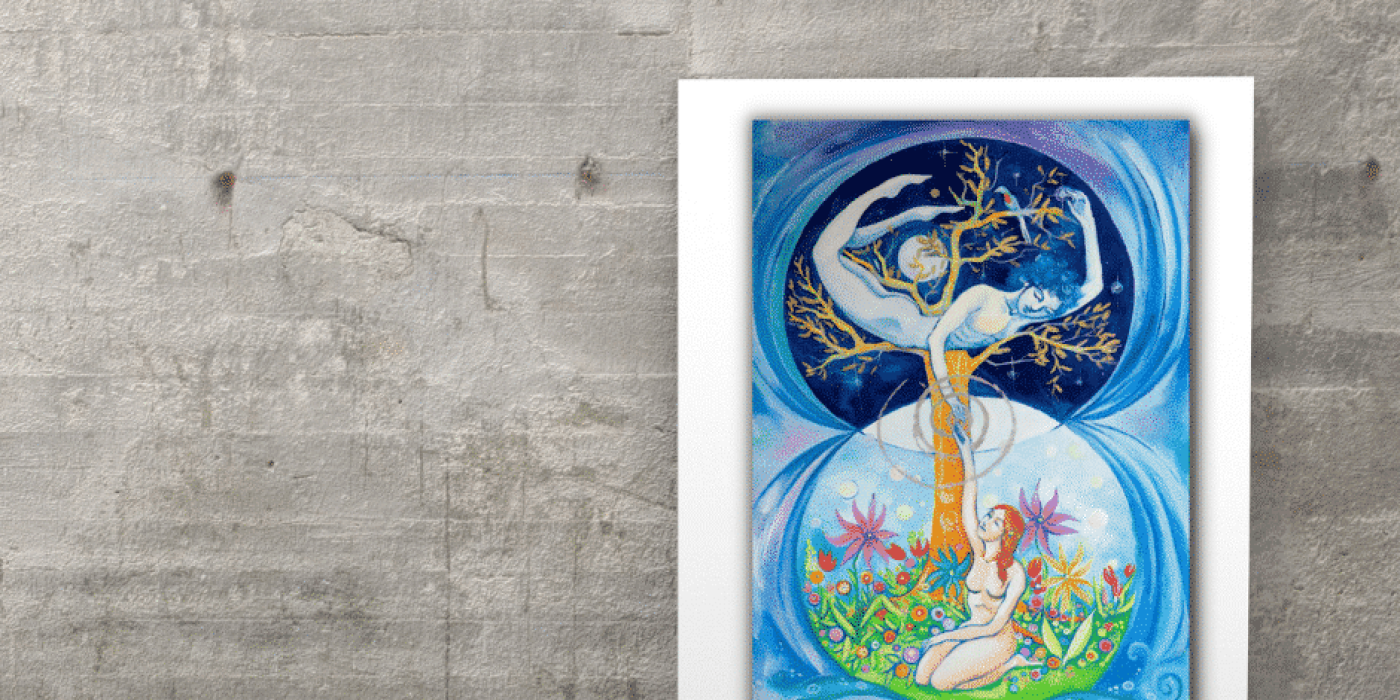 It is no coincidence that in Chinese culture man is seen as a link between Heaven (the highest expression of Yang, but also of the spiritual world) and Earth (the Yin by definition, as well as the emblem of the material world).

The energy of the earth feeds the I AM, our first brain located in the belly.

The energy of the sky feeds the I CREATE, our third brain, located in the head.

The first center is the point of connection with our ancestral memories, with all that we potentially are, have been and can be. The second is the center of connection with the multiverse of infinite possibilities, the dimension in which the I can manifest in reality.

In the connection between these two carrier energies, the frequency of the I AM passes from the frequency state of possibility to the material state, manifesting itself in this third dimension.

This fusion represents the alchemical transformation of lead (the potential) into gold (the real essence).

For this to be possible, however, a combustion chamber is required, a place of alignment, re-frequencying and metabolization of these two carrier frequencies.

This center is located in the second brain, that of the heart, in the I FEEL.

The heart is the power fulcrum of the nous atom, that is the basic element that creates order and coherence between the world of ideas and the world of things.

It is the energy atom that allows you to create the molecular structure of the frequency you want to attract in order to manifest it in this third dimension.

Everything that exists in this world was first an idea on the astral plane and only later materialized on the physical plane.

The world of ideas or Hyperuranium, according to Plato, is that world beyond heaven that has always existed. That “place” where there are immutable and perfect ideas, reachable only by the intellect, not tangible by earthly and corruptible entities.

But to which intellect was Plato referring? To the intellect of the heart.

Or, to quote Plato again, that Intelligence that orders and causes all things.

How does this intelligence work then?

The heart acts as a magnet and refrequencer between these two vibrational worlds, or synchronizes two polarities and generates, through the triune power, the materialization of the idea.

The power of the Heart is objectively verifiable: the human heart is characterized by the largest electro-magnetic field of the body.

We can therefore argue that the brain of the heart is the forge that allows us to program the vibrational structure of the reality we want to attract and then materialize.

Can everyone, then, materialize what they want? No.

Each person can materialize only what is attuned to his or her own Essence and ancestral history. The more the Essence that is hosted by this body is ancient, the greater the spectrum of frequencies available, that is the “I am” in power.

However, a decoding tool is needed, some kind of multi-spatial-temporal radio.

This instrument is our cardiac brain: our heart.

A radio to work, however, needs to be properly powered, and therefore, in order to manifest, it requires a sufficiently powerful electro-magnetic field.

This field, alchemically, is generated and fueled by our inner sacred fire.

According to Gold, “only an awakened human biological machine can produce a transforming effect on the essential self that is that part of us that is not the machine“.

So how do we ignite the alchemical forge and become creators?

To do this, we must reactivate, awaken the three brains of the human machine: the enteric, the cardiac and the encephalic brain.

Our sacred fire is inflamed by the union of these two carrier energies.

The encounter between the silver energy and the gold energy is the starter, the spark, which ignites the fire. However, in order to stay lit, the fire must be fueled, otherwise, like a candle under a glass, it loses power until it goes out.

Fire is energy, creative energy. It is the force that allows the alchemical transformation within the human machine.

Fire is the vivifying and purifying agent by definition, it is the element that elevates all things to a higher degree of perfection.

It is no coincidence that in many traditions, fire is attributed the meaning of central fire – the ignis centrum terrae, or the heart. 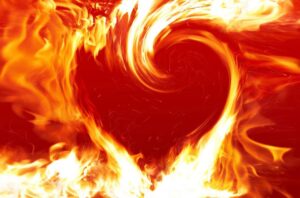 Now, what is the element that in nature fuels the fire: oxygen!

In parallel, therefore, a tool to fuel our inner fire is breathing, through which oxygen is introduced into the body.

The act of breathing, on a physical level, has the delicate function of bringing oxygen to all the cells of our body so that metabolic processes complete their cycle, thus ensuring our survival; from a metaphysical point of view, if used consciously, it also allows us to act on an energetic, mental, and spiritual level, that is, it fuels our alchemical fire.

Breathing plays a primary role in connecting the energy of heaven with the energy of earth, the conscious with the unconscious. It is no accident that in many languages the word “spirit” and “breath” are identical: in Sanskrit, as we have seen, the word is prana, in Hebrew it is ruach, in Greek it is pneuma, and in Latin it is spiritus.

Are you ready to fuel your inner fire?

we proposed a meditation to activate the three brains through the two carrier energies: gold and silver.

The following exercise, using the power of the breath, will allow you to continue the practice by nourishing your three centers and strengthening your electromagnetic field.

The main purpose of this exercise is to unlock your ancestral memories.

Are you ready to start your engines?

Meditation in a nutshell: