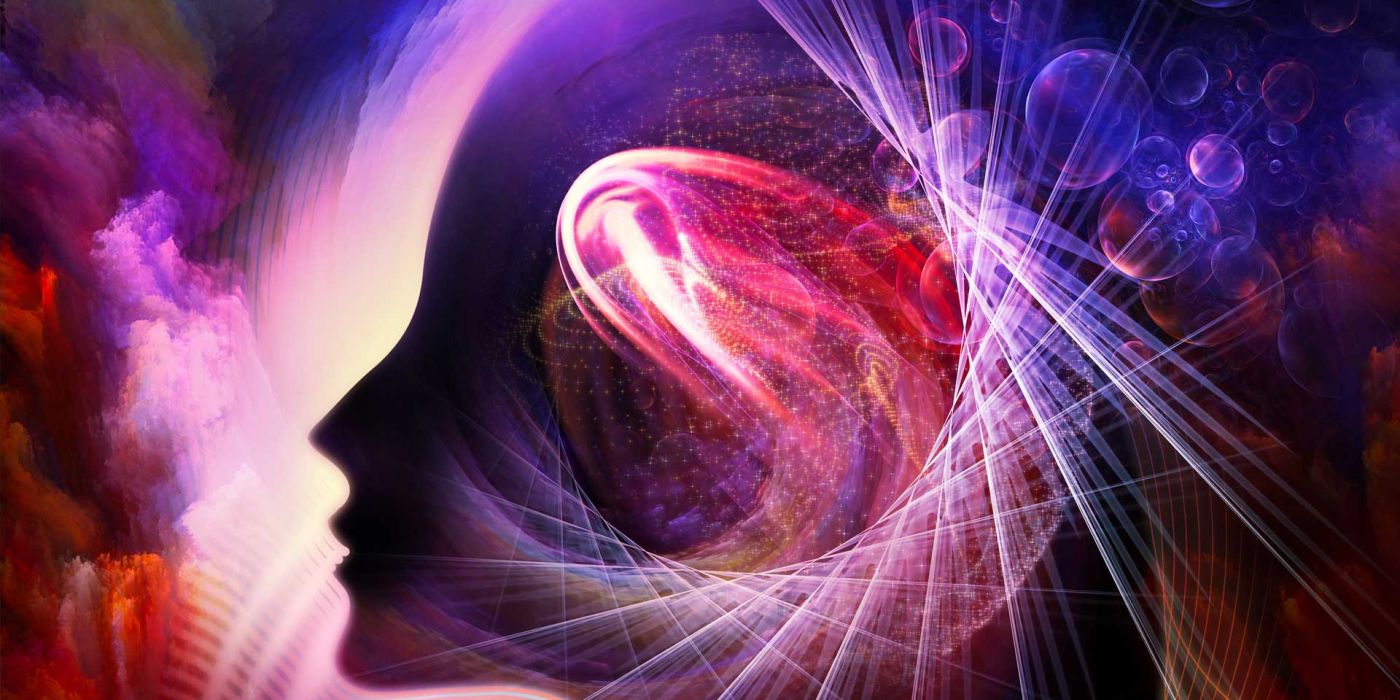 Arthur C. Clarke, British science fiction author and inventor, is best known for his 1968 novel “A Space Odyssey”, surely the most famous narrative in the genre.

Clarke, with over 100 books and 1000 short stories to his credit, was not only a writer but also a creator. In fact, he gave mankind the invention that transformed the world: the global network of communications through artificial satellites.

Neuroscience, epigenetics, and new sciences are demonstrating the essence of Clarke’s three laws.

Specifically, it is increasingly being verified, in a scientific way, that what was once labeled as “magic” now meets known and evolving physical laws, such as quantum laws.

In the article “But how do they work?” we have discussed about cognitive dissonance and how it creates filters and resistance to the understanding of new ideas.

We are living in an amazing time in history.

Let’s give ourselves the chance to explore and wonder about the world, about ourselves.

What if the solution to our psycho-physical discomfort lies, simply, in a total understanding and integration of body, mind and spirit? If, as the holistic approach teaches, we left the duality of the conflict between disciplines to enter the trinity of being, what wonders would we discover?

It is indeed interesting to note that medicine and meditation originate from the same Indo-European root “med“: to reflect, to become aware, from which the Latin word “mederi” derives. Just as science and consciousness arise from the same Latin root “scire” (to know, to have knowledge). A clear semantic evidence of the unity between soul and body.

It is on this basis, in ancient cultures as in the present, that holistic medicine has developed, namely the art and science of treating the human being in its complex unity: the inseparable system of body, mind and consciousness.

The separation between emotion and intellect dates back to Descartes. According to the French philosopher and mathematician, it is in fact reason, and reason alone, that must study the quantitative and objective characteristics of reality. For centuries this principle has characterized research in all areas: only what is measurable, tangible, and repeatable is scientific!

However, the ‘900 has been the result of paradoxes that have strongly challenged this principle. The Cartesian “cogito, ergo sum” (I think, therefore I am) is turning into “sum, ergo cogito” (I am, therefore I think).

This totally changes the paradigms and allows us to explore the unexplored.

Exotic particles, quanta, strings, multiverse: we are at an epochal turning point. Physics is again meeting philosophy. We are, in fact, going back to the origins of science that, let’s not forget, was born from the philosophers of the School of Miletus.

Science, philosophy, neuroscience, epigenetics, cognitive psychology: there are no watertight compartments, everything is wonderfully connected. Simply connect the dots: the future is already here and resides in our past.
The issue is well articulated by Shawn Achor, acclaimed Harvard professor. “The belief that we are nothing more than our genes is one of the most pernicious myths in modern culture: it is the insidious notion that people come into the world with a set range of skills and that neither they nor their brains can change. The scientific community is partly to blame for this, since for decades scientists refused to see what potential for change was staring them directly in the face.”

So are My Energy Bars magic or science?

The answer to this question, probably, is not unique, but it depends on the approach to the knowledge of reality. Scientific knowledge is characterized, since its origins, as an apparently free, accessible and, therefore, democratic knowledge; magical knowledge, on the other hand, is outlined as a doctrine for a few, reserved for experts and, therefore, elitist, exclusive. That is why we talk about esotericism, which means “reserved to a narrow circle of initiates; mysterious, incomprehensible”.

Personally, having studied, tested, and developed the mechanisms that characterize them, I can say for sure that My Energy Bars are Science, in its strictest meaning.

Not the science of today, often sectarian and closed in its paradigms of the past, but the Science of the origin, the one that explored the outer and inner world to understand the mechanisms, without preconceptions and with total openness to the unknown and unexplored.

My Energy Bars are characterized by three different technologies. The first, exploiting principles of classical physics, generates a micro-current, a flow of electrons, which passes through the body and helps to improve the bio-electric state of the body.

This principle of operation is discussed extensively in the article “But how do they work?”.

The second and third level technologies were developed from principles of quantum physics and radionics.

The technologies, characteristic of the cylinders, are supported by specific protocols of use aimed at amplifying their effects. They represent a sort of treasure map aimed at discovering the treasure chest wisely kept inside us and of which, unfortunately, we have lost memory.

Let’s proceed one step at a time towards the rabbit hole.

Exploiting the principle of entanglement, the electrons passing from one cylinder to another, through the physical body, have been specifically informed and programmed to act on the psycho-emotional and psycho-energetic frequencies of the person.

What is quantum entanglement?

Scientists discovered that particles generated by the same process, or which interacted with each other for a certain period of time, remain somehow linked, meaning that what happens to one of them immediately affects the other, without the need of an interaction, regardless of the distance that separates them.

So? The basic principle is amazing, and it tells us that, even if we consider ourselves as separate entities, we are actually part of a larger system that is constantly connected.

Our cells, our electrons, maintain a constant, invisible connection with that with which they have entered into relationship and continue to be influenced by it.

But how is this possible? This would seem likely due to the presence of a superfluid, an energy that over time and cultures has taken on different names: prana in Hindu / yogic interpretation, ether or ather in physical and metaphysical interpretation, orgone energy from the avant-garde research of Dr. Reich, chi from ancient and modern Chinese medicine and martial arts in general.

And today in the new science we talk about “zero-point energy”.

The charge of matter would seem to be generated by the exchange with the ether. The electrons, as well as some of the other subatomic particles, are self-sustained vortices in a particular fluid of ether. The electron, even if it is a stable particle, is a ring vortex or a toroidal structure made of ether, for this reason it is able to absorb specific information and frequencies, resonating with them.

It should be mentioned that experimental evidence of entanglement has not been limited only to physics, but also involved the biological world with the experiment that proves the non-local action through the connection between emotions and DNA after a breakup.

In research published in the journal Advances in 1993, the U.S. military reports conducting experiments to accurately establish the emotion/DNA link after a breakup. 1993, almost 30 years ago!

Researchers took a swab containing cells and DNA from the mouth of a volunteer, placed it in a prearranged environment, and made electrical measurements on the resulting DNA to see if it responded to the emotions of the donor who was in another room; the volunteer was shown videos that provoked strong emotions, and as they manifested, the responses of his DNA in the other room were measured. When the emotions of the subject touched emotional peaks the cells and his DNA, placed far away, produced at the same time a strong electrical response. The experiments led to the same results even when the cells and the subject were separated by a distance of 560 kilometers. In addition, the times between the emotional response of the subject and his cells were analyzed by means of an atomic clock located in Colorado (with a margin of error of one second over a million years) and the interval was zero. The effect was simultaneous! The DNA reacted as if it was still attached to the donor’s body.

Well, back to us, what do the My Energy Bars contain to properly inform the electric current they generate, generated by electrons?

The cylinders contain crystals that specifically act, thanks to their characteristics, on the psycho-physical well-being of the person and the vibrational field.

The crystals have, by their nature, ordered atomic structures and have the ability to absorb and emit energy. When they come into contact with the vibrations of our body, they have the ability to provide the correct vibration aimed at bringing order to the person on different levels: physical, energetic, and vibrational.

Precisely, inside the cylinders there are moon and rock crystals which, thanks to their characteristics, act on the balance of the two hemispheres, male and female, and on the alignment of the three brains of the human machine (stomach, heart, and head) both on a bio-physical and bio-energetic level.

It should be mentioned that crystal therapy is not a recent invention or a “new age” fashion: it is actually known since ancient times under the name of lithomedicine, the practice of using stones for healing purposes that was used in many cultures both Asian and Indo-European.

In addition to crystals, in My Energy Bars there is a radionic circuit that exploits the power of the symbol, the ability of multi-dimensional shapes to manipulate the energy of the local space.

But that’s another step along the way.